The traditional interest of the Universitat Rovira i Virgili (URV) for the field of environment is certainly due to the intrinsic importance of the issue area in itself.

However, this interest is also rooted in the special circumstances of the area where it the University is located, the region of Tarragona. The region's link with the Mediterranean and the ecological importance of the Ebro delta, the significant presence of chemical and petrochemical industries, as well as nuclear and combined cycle power plants, waste treatment and disposal facilities and important maritime and fluvial ports, or the region's potential for the Aeolian generation of energy, and its ever expanding tourism sector make the focus on environmental studies a crucial aspect of research. 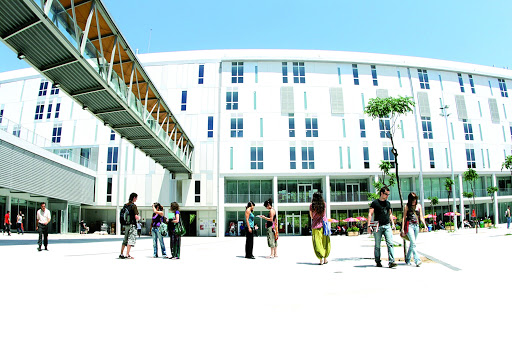 Law studies at the URV began in 1992. From the very beginning, the Faculty of Law decided to focus a significant part of its research and teaching efforts to environmental law. Since 2002 the B.A. in Law, and since 2009, also the new plan of Graduate in Law, specifically foresee an optional itinerary of specialization in environmental law. Moreover, in 2002 the URV started to offer a new second cycle programme, the so-called Degree in Environmental Law (Graduado Superior en Derecho Ambiental). Eventually, it was adapted to the requirements of Royal Decree 56/2005, as a graduate program (Master and Doctorate), and has been offered as a Master's Degree in Environmental Law (120 ECTS credits) since the academic year 2006-2007. Hence, the URV offers specialized studies in environmental law, becoming a reference, both nationally and internationally.

The research group was created back in 1996

Furthermore, the group manages three structures set up in collaboration with external institutions. As the Centre for Environmental Law in Tarragona (CEDAT) as the Chair of Local Law Studies (CEJUL) and the Tarragona Smart Mediterranean City Chair, are integrated in the administrative structure of the Public Law Department, where belong almost all the members of the research group.

The Centre for Environmental Law in Tarragona (CEDAT)

The CEDAT is a project that involved initially Tarragona City Council and several municipal companies and the University Rovira i Virgili (URV). The agreement for its creation was signed the 23rd of May, 2007, and was renewed the 15th of November, 2010. Their aims are the organisation of training activities, research and knowledge transfer as well as the sensibilization and the creation of public opinion on the environmental law field. In 2009, the CEDAT was recognized as a research centre of the URV. Dr. Pigrau is its Director and and Dr. Lucía Casado its Deputy Director. A new agreement between the Tarragona Town Council and the University Rovira i Virgili was signed the 27 June 2017 for the period 2017 - 2019. (www.cedat.cat)

The Antoni Pedrol Rius Chair on Local Law Studies was created by the agreement signed the 23th of May, 2007, between the Rovira i Virgili University, the Fundation URV, the Cultural Fundation Reus Pedrol Rius and the City Council of Reus. Its aim is the promotion of legal activities on training, research and knowledge transfer. The CEJUL Director is Dr. Josep Ramon Fuentes and its coordinator is Dr. Aitana de la Varga. Since December 2014, the Chair started a second stage. Nowadays is named Màrius Viadel i Martín and is supported by the Provincial Council of Tarragona. (/catedres/catedra-estudis-juridics-locals-marius-viadel-martin/)

The Chair was borned from an agreement between the Rovira i Virgili University and the Fundation Tarragona Smart Mediterranean city, signed the 30th of April, 2014. The Director of the Chair is Dr. Santiago José Castellà Surribas.